But after the three and a half days, the breath of life from God came into them,

and they stood on their feet; and great fear fell upon those who were watching them.

This is referring to two witnesses that will prophesy for 1260 days and then they will be killed. Their bodies will lie in the main street of Jerusalem.  For three and a half days, people will come and stare at their bodies but no one will be allowed to bury them.  Then, as the verse above says, God will breathe life into them and they will stand on their feet.

It isn’t over until God says it’s over. He will have the last say. Regardless of what your situation looks like right now, whatever the diagnosis, the symptoms, the seeming reality of your life, this isn’t the end of the story, not until God says.  These witnesses were dead for three days. Countless people saw them.  But all God had to do was breath on them and they returned to life and stood on their feet.  No diagnosis I’ve gotten yet is as bad as being pronounced dead. God has the last word and we can look at the evidence surrounding us or we can look at Him. One leads to death and one leads to life. The choice is ours to decide which way we will fix our focus.

I can’t presume to know the outcome of an event and neither can you. We can worry and speculate and plan and stress and none of that will change the outcome one iota. We can, however, leave the situation in God’s hands, trust in His love, wait on His timing and leave the outcome to Him.  And we can have peace in that process, His peace.

I am so grateful Lord, that the outcome is in Your hands. For the people I know who are going through really difficult times, be their peace, touch them with Your lovingkindness and remind them that the outcome is in Your hands and that no matter how bad the situation looks right now, it isn’t over until You say it’s over.  Thank You for being the first word and the last word. Where words of death have been spoken over these people, would You speak words of life?  I ask in Your merciful name, Jesus. Amen. 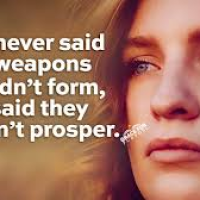 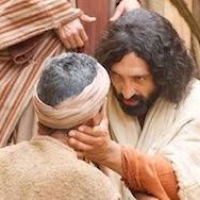 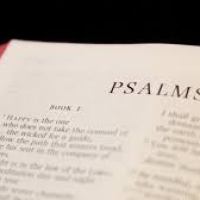