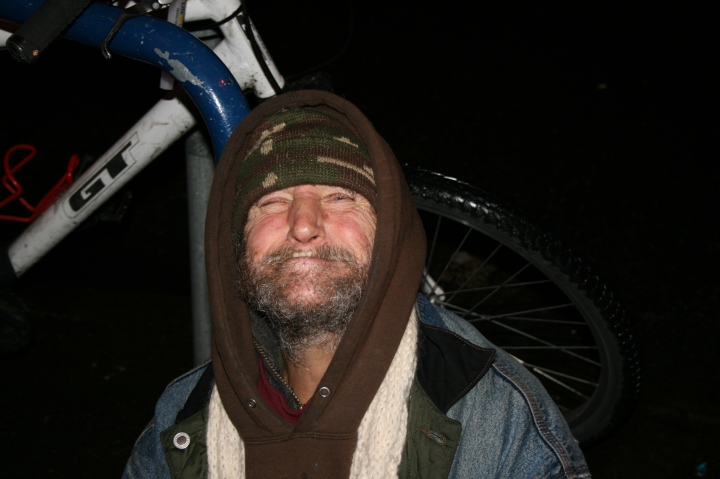 as far as the east is from the west,
so far has he removed our transgressions from us.

His name is Two Feathers. He has other names that he calls himself, names too ugly to print here and in the course of our 15 minute visit, I heard many repeated several times. I met him at Voodoo Donuts in downtown Portland. I had taken my son John and three of his friends to the neighborhood with small stacks of $2 bills and $1 bills. They were passing them out and when they were done, we stood in line at Voodoo Donuts with a number of other people. Two Feathers walked up and asked if he could have 17 cents for an alcoholic beverage. I told him no, but that I would be happy to buy him a maple bar with bacon on it.  He got so excited. I visited with him while the boys moved up in the line.

He saw my camera and asked if I would take his picture, I said I would if I could display it someplace prominent to me so that I would remember him.  He said he wasn’t worth remembering. And so I asked why.  He is a veteran of the Viet Nam war and feels the government did him dirty. He jumped out of airplanes carrying a gun and shot people. He is locked in a prison of condemnation and self-hatred.  He mentioned other things he had done in the line of duty that, in his opinion, made him all of those rotten names he called himself. He hasn’t been able to forgive himself and told me he never would. He wasn’t worth remembering, he wasn’t worth forgiving, he wasn’t worth anything.

I talked to him of God’s love and forgiveness and he looked intently at me and I believe he was listening, but he rejected the idea that forgiveness was for someone like him. Forgiveness, he said, was for other people, not him. He was too much of a _________________.

The line moved along and I was able to get him his maple bar with the bacon and he was very grateful. We parted company and left him to eat his maple bar.

I wonder how many people he represents. People who have locked themselves in a prison of condemnation because they can’t believe or won’t accept that God’s love and forgiveness is freely given to all who ask.  People whose healing has come to an abrupt halt because they can’t see their value to the God who created them.

I would like to go back and visit him again. I doubt he will remember me.  But he was wrong about this:  he is worth remembering and I will never forget him.

Lord Jesus, how many of Your loved ones are locked up in unforgiveness, hurting and rejecting the idea that love and forgiveness and mercy are theirs? Would You just hold Two Feathers and keep on holding him until he feels Your love and can embrace You back? Please keep him company down there in the streets of Portland and minister to him as only You can do. I pray that You would send others to tell him of Your love and forgiveness and I pray that his healing would come quickly. In Your gracious name. Amen. 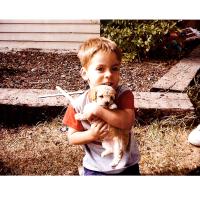 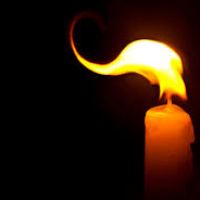 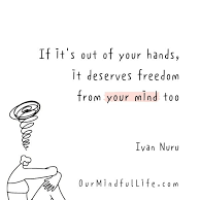